The Estes Valley Astronomical Society (EVAS) in conjunction with The Estes Park Memorial Observatory is offering a free public open house/star night on Saturday, July 28th,  7 PM.  The goal of EVAS is to promote amateur astronomy and education in the Estes valley.

“THE BIG BANG IN A LITTLE NUTSHELL” 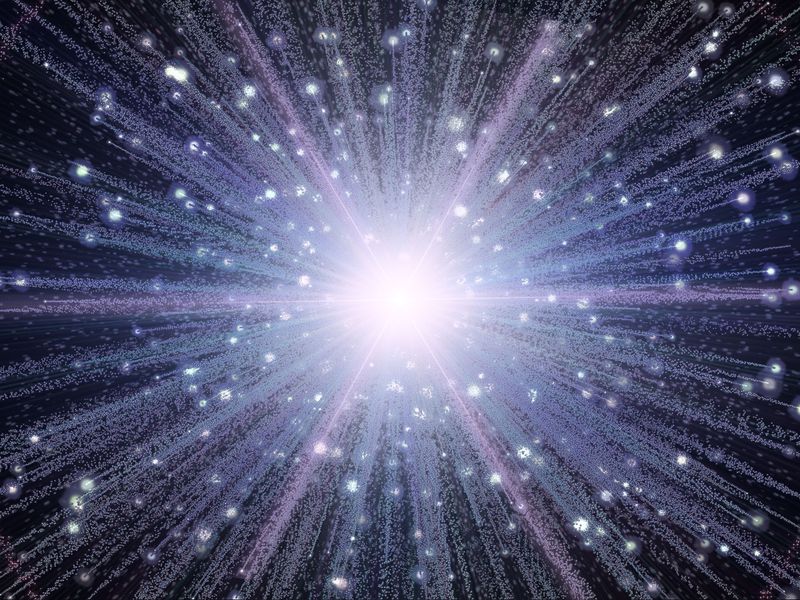 An artist’s rendering of the Big Bang

Why do astronomers think we live in a Big Bang type of universe?  It’s a silly name, and it involves preposterous ideas. However, supported by numerous observational and theoretical advances, the theory has continually become more credible. Its strengths include an explanation for how matter originally came into existence, an understanding of the time and space characteristics for both matter and radiation, a realistic determination for the age of the Universe, and a recipe for how the elements were created in their observed or measured amounts.  The theory may also help with answering questions regarding why our Universe is surprisingly conducive for the development of life.

In this talk, illustrated with diagrams and providing scientific background as appropriate, we will discuss the origin of the silly Big Bang name and how seemingly preposterous ideas (like the entire Universe consisting of “nothing”) can actually make sense.  Then we will follow a path in time from the postulated beginning, through some crucial early stages of what astronomers call a “working model” for the Big Bang, highlighting both its strengths and weaknesses.  The latter include lack of a firm theoretical understanding for how the Universe was born.  In addition, it is reasonable to ask why the matter in stars, planets, and people didn’t simply disappear long ago.  We still have a lot to learn.

The observatory is just north of the high school at 1600 Manford Ave. Park in the teacher’s parking lot adjacent to the observatory. The doors will open at 7:00pm and the meeting will start at 7:30pm.  The presentation, including a question and answer period, lasts about an hour.  After the presentation, weather permitting, we will look through the new 16 inch dome telescope at various celestial objects.