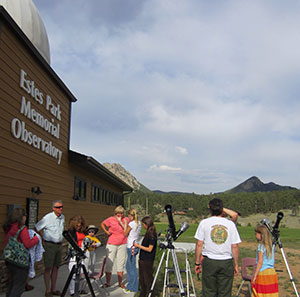 The Estes Park Memorial Observatory (EPMO) is a community resource dedicated to fostering scientific education of children in Estes Park and serving as an educational venue for the community and visitors. EPMO holds events throughout the year in conjunction with the local school system, the Estes Valley Astronomical Society and the Rocky Mountain National Park. 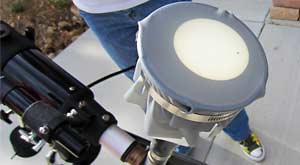 ***Come for a visit, see our calendar, or contact us for a private viewing session!***

About the Angels Above Foundation

Learn how to donate

History of the Angels Above Foundation 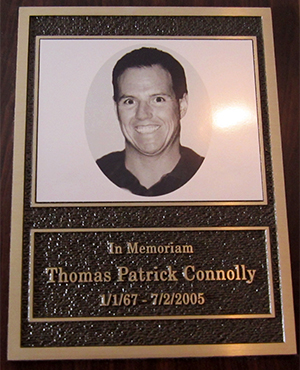 The Angels Above Foundation (AAF) is the operating entity of the Estes Park Memorial Observatory. It came about as a result of Mike and Carole Connolly and Michele Johnson wishing to build an observatory in honor of Mike and Carole’s children and Michele’s siblings, Thomas and Christian Connolly who died July 2, 2005 in a traffic accident. The reason for building an observatory is that the Connolly’s all have a background in science, math and astronomy. Specifically, Mike, a retired engineer from Lockheed Martin Corporation, spent many a night with his children viewing stars and planets. Because of this family interest and the tragic death of Thomas and Christian, the concept of a memorial observatory came into being. 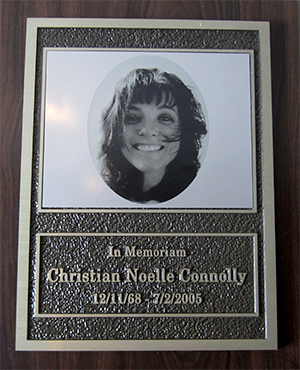 The IRS designated the AAF as a 501 c3 public charity in January 2007. The observatory was built in 2008/9 on land donated by the Estes Park R-3 School District using funds primarily from a bequest of the Connolly family as well as donations from individuals and businesses in support of the observatory. The Town of Estes Park was also a substantial contributor to the project. Once the construction was completed the building was given back to the school and a long term lease established between the AAF and the school district for use of the building.

In exchange for the observatory being offered to school district students and the general public as an educational resource, the school district maintains the building and pays the utilities while the AAF is responsible for the telescope equipment and all the intellectual property associated with the observatory. The AAF is responsible for the day to day operation and all the programs put on by observatory.

Angels Above Board of Directors: