After a two and a half year hiatus because of the Covid-19 pandemic, the Estes Valley Astronomical Society is offering a free public lecture Saturday, July 30th 2022 at the Estes Park Memorial Observatory.  The goal of EVAS is to promote amateur astronomy and education in the Estes valley.  All vaccinated individuals (or those with an exempting medical conditions) are invited.  Mask are optional but recommended and will be available at the door 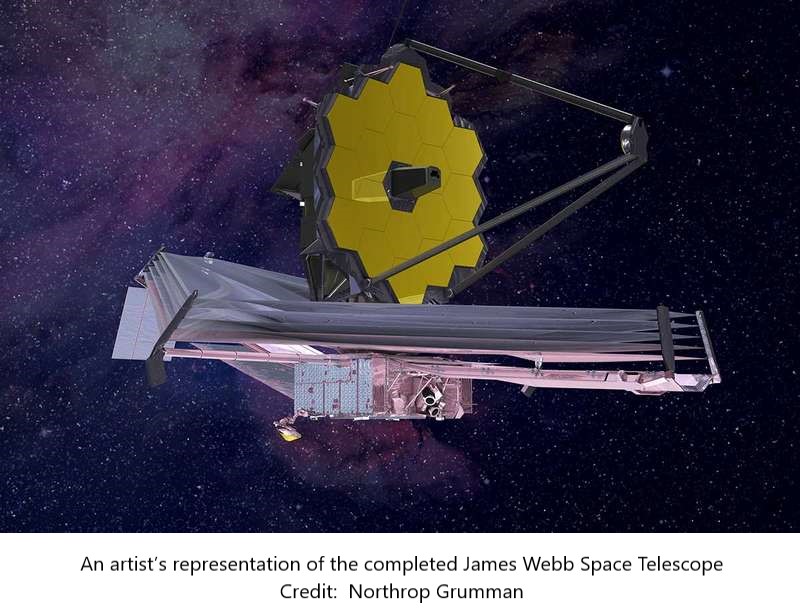 Our speaker is Erin Wolf a Program Manager and Technical Lead for the James Webb Space Telescope (JWST) at Ball Aerospace. The JWST is the largest and most complex space-based observatory ever built. It is currently at its observing spot, nearly 1 million miles from Earth. 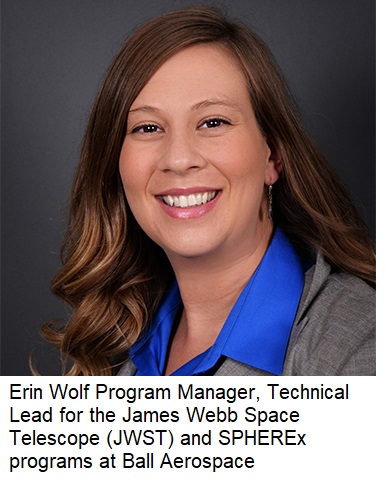 Erin’s presentation recounts the JWST design and build lifecycle, with updates for how launch and commissioning went and the newly released images.  Just weeks into its mission, JWST has broken the record for the oldest galaxy ever observed by nearly 100 million years. It is seeing some of the first galaxies to form after the big bang 13.8 billion years ago.

Erin is currently a program manager for the SPHEREx program at Ball Aerospace.

SPHEREx is NASA’s middle-class explorer program (MIDEX) Infrared observatory that will survey the sky in optical and near-infrared light which serves as a powerful tool for answering cosmic questions. In her role, Wolf fosters the mentorship of junior engineers and provides growth opportunities for all career levels.

Prior to joining Ball in 2017, Wolf worked on Webb at NASA’s Goddard Space Flight Center for eight years. She also contributed to Landsat 9’s TIRS-2 instrument and to the fourth Hubble Servicing Mission. She has worked on many payloads in the past, with an emphasis on cryogenic systems and IR detectors.

Wolf is a member of the Experimental Aircraft Association (EAA) and has been involved with the International Society for Optics and Photonics (SPIE). She has received various awards for her work on Webb and was recognized as a Mentor of the Quarter at Ball. Wolf is a lifetime Girl Scout and Gold Award recipient.

Wolf received a B.S. in physics from the University of Puget Sound in Tacoma, WA and attended the Systems Engineering master’s program at Johns Hopkins University, MD.